🏈Everything you need to know about College Football

School is starting, fall is in the air and pumpkin spice is back on the menu, which can only mean one thing: football season is upon us.

There is very little in my life I enjoy more than college football.

—Former Vanderbilt Commodores quarterback (QB) Jordan Rodgers. We’re assuming he didn’t use this line on his application for The Bachelorette.

For the uninitiated, college football is a BFD in the U.S. While the NFL has 32 teams across 22 states (23 if you count New Jersey), the NCAA’s Division I Football Bowl Subdivision (FBS) — the top level of college football — has 130 teams across all but nine states, giving football fans around the country a local team to support.

Things can get a bit unruly with 130 teams, so to keep things structured, most teams belong to one of 10 conferences. The most elite conferences to know belong to the “Power Five”: the Atlantic Coast Conference (ACC), Big Ten, Big 12, Pac-12 and Southeastern Conference (SEC). The rest make up the Group of Five.

There are also seven “independent” teams — including the well-known Notre Dame — who are not affiliated with a conference, and therefore aren’t required to play specific teams each year, but are still eligible for the national championship.

🏆 The reason for the season

Everyone’s playing for one thing: the College Football Playoff (CFP) trophy, aka the National Championship. With so many teams, conference structures and varying levels of competition, the NCAA adopted a new system in 2014 in which a 13-person selection committee determines the best four teams from the regular season.

THE Ohio State: The Buckeyes haven’t won a national title since 2014, but we think they’re the best bet to upset ’Bama. Though QB Justin Fields has gone to the big leagues, new starter redshirt freshman C.J. Stroud has the power and poise to fill the void.

Clemson: The Tigers have been trading national titles with Alabama for years, and like their familiar foes, Clemson’s without last year’s star QB too, as Trevor Lawrence was taken first overall by the Jacksonville Jaguars in the NFL Draft.

Oklahoma: Without a CFP national title to their name, the Sooners are the underdogs on our list. That said, QB Spencer Rattler (of QB1 fame) is already a favorite for the Heisman and WR Austin Stogner is back and “better than ever” after a life-threatening infection.

Derek Stingley Jr., LSU: The All-American cornerback led LSU’s defensive powerhouse on the way to the 2019 national championship, and as a potential No. 1 pick in next year’s NFL Draft, he’s looking to get back on top before leaving Louisiana.

Sam Howell, North Carolina: If any other QB can give Spencer Rattler a run for his money, it’s Howell. The sophomore has already set a number of North Carolina records and is primed to break the school’s all-time passing yards record this season. If he can keep it up in 2021, he could be the top QB in the 2022 NFL Draft.

College football is steeped in tradition, and with that comes decades-old rivalries. Here are a few that we’re especially excited for this season:

Michigan–Ohio State: Once called “the greatest rivalry in North American sports, “The Game” is back for its 117th (!!!) edition after last year’s was canceled.

Notre Dame–USC: This rivalry game, which has been played 91 times, doesn’t have a name, but the trophy does: the Jeweled Shillelagh(pronounced she-LAY-lee) is a wooden club bejeweled based on the most recent winner: emeralds for the Notre Dame Fighting Irish or rubies for the USC Trojans. They’ll meet again on October 23rd.

Minnesota–Wisconsin: The oldest rivalry in Division I football, these two Midwest powerhouses will play each other for the 131st time on November 27th. Wisconsin leads 62–60–8 and is on a two-season winning streak. It’s not just pride on the line: they’re playing for Paul Bunyan’s Axe.

Alabama–Auburn: Another Thanksgiving weekend staple, the intrastate matchup known as the Iron Bowl has seen Auburn and Alabama face off for the Foy–ODK Trophy 85 times since 1893, with the Crimson Tide holding a 47-37-1 lead in the series.

With just five regular-season games on the schedule, Week 0 kicks off today with Nebraska at Illinois at 1 p.m. ET. Week 1 will see nearly everyone else in action, beginning Wednesday and running through next weekend. Check out the full schedule here. 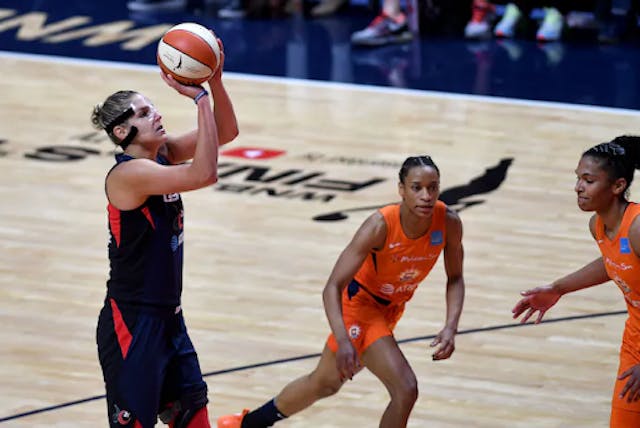 🏀Mystics: We loved seeing two-time WNBA MVP Elena Delle Donne back on the court, but we did not love watching the Mystics drop their fourth straight game yesterday. Yes, the Mystics literally haven’t won since the Olympic break. Yikes.

⚾️Nationals: Although the Nats scored twice in the ninth inning, they lost yesterday’s series finale 7–3 to the Milwaukee Brewers. The Nats — sitting second-to-last in the National League (NL) East — open a three-game series tomorrow at 7:10 p.m. ET against the NL East–worst Miami Marlins. Are those wins in our tea leaves?

⚽️Spirit: On the pitch, the Spirit defeated the Orlando Pride 2–1 yesterday, breaking a three-game winless streak and moving into third place in the NWSL standings. Forward Ashley Sanchez came on as a substitute and scored the beauty of a game-winner. Bangers only.

Check out these newly crowned champions from over the weekend 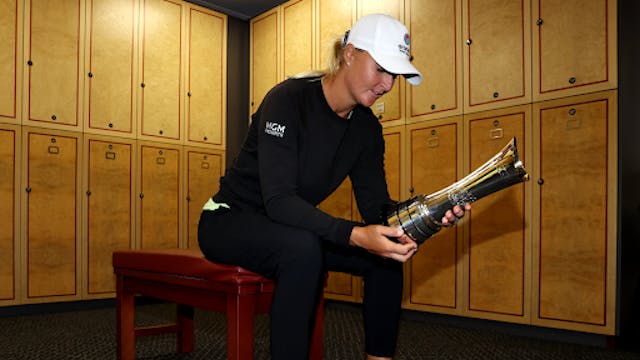 ⛳️Golf: The AIG Women’s Open — the final LPGA major of the season — was a thriller, and despite an early push from American Olympic gold medalist Nelly Korda, it was Sweden’s Anna Nordqvist who raised the cup.

🏃‍♀️Track: Sha’Carri Richardson’s return to the 100m global stage in this weekend’s Prefontaine Classic didn’t quite go as planned (she finished last in the final), but she assured us all — while using some colorful language — that she’s “not done.” In the meantime, Olympic gold medalist Elaine Thompson-Herah posted the second fastest 100m time ever.

🏀Mavericks: Yes, the NBA’s in its offseason, but we’re just too excited about the team’s recent hire. On Thursday, news broke that two-time WNBA champion Kristi Toliver will be joining the squad as an assistant coach. LFG!

🏀Wings: In not-so-great hoops news, despite an early lead and 22 points from Isabelle Harrison, the Wings couldn’t hold on, falling 83–81 to the Indiana Fever on Friday. Tough one. Dallas is off for the next few days before facing the Washington Mystics Thursday at 7 p.m. ET/6 p.m. CT. Time to rebound.

⚾️Baseball: After yesterday’s game was postponed due to a tropical storm, the Rangers will look to grab the series from the Boston Red Sox in today’s 1:10 p.m. ET/12:10 p.m. CT rubber match, but TBH, we’ll be watching Wylie Little League and the aforementioned Ella Bruning take on Michigan at 1 p.m. ET/12 p.m. CT. Girl’s got game. 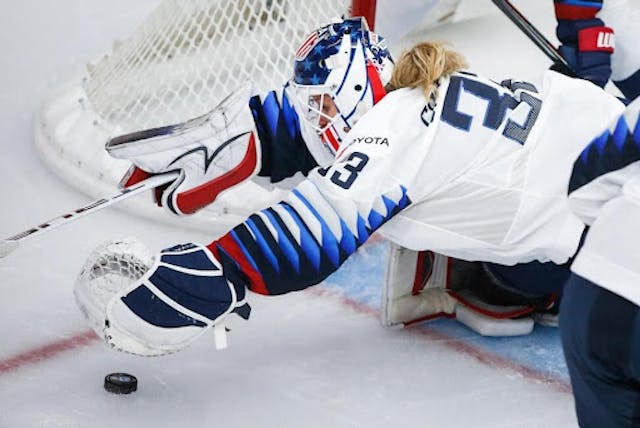 🏒Hockey: Team USA’s 3–0 win over Finland last night wasn’t enough to get them to the top of the IIHF Women’s World Championship Group A leaderboard. Instead, archrivals Canada lead the pack, while the Czech Republic leads Group B. Team USA will go for three straight wins tomorrow when they face the ROC at 2 p.m. ET.

⚾️Baseball: While the Baltimore Orioles are coming dangerously close to breaking their club’s longest losing streak, a few players at the Little League World Series (LLWS) were setting records worth celebrating.