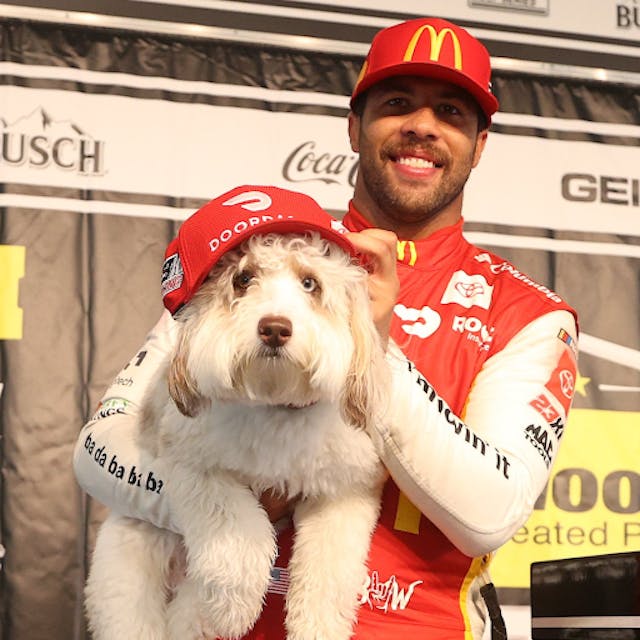 🏁NASCAR: With his win at the YellaWood 500 on Monday, Bubba Wallace became the second Black driver — after Wendell Scott in 1963 — to win a NASCAR Cup Series race. And to celebrate the historic moment, Wallace had his very best boy, Asher, join him for pictures. S’cute.

🏀NBA: Preseason is underway — shoutout to the Toronto Raptors, who finally made it home after 19 months and won their first game — but the Brooklyn Nets are without a key player to start. The unvaccinated Kyrie Irving can’t practice with the team due to NY’s strict gathering rules and could lose millions if he doesn’t smarten up.

🏈NFL: Jacksonville Jaguars new head coach Urban Meyer is in trouble. After losing again on Sunday, Meyer was caught on video getting disgustingly close with a woman who is not his wife in a bar.

And welcome to the most wonderful time of the year: October baseball. Ten of the MLB’s 30 teams have punched their ticket to the postseason...and it all begins tonight with the first of two single-elimination Wild Card games.

Try not to suck.

The MLB playoffs consist of four rounds: the single-elimination Wild Card round, best-of-five League Division series (LDS), best-of-seven League Championship series (LCS) and, of course, the reason for the season: the best-of-seven World Series. That’s a whole lot of baseball.

From there, the AL Wild Card winner will face the Tampa Bay Rays in the ALDS, while the NL winner will take on the SF Giants in the NLDS.

Wild Card game: Tonight’s do-or-die matchup will add another chapter to the already storied Red Sox vs. Yankees history. The Red Sox had a narrow edge in the season series, winning 10 of their 19 regular-season contests, but the Yankees had the last laugh, sweeping the Sox at home in September.

Tampa Bay Rays: We expected last year’s AL champions to impress this season, and despite the loss of star pitcher Tyler Glasnow to injury, they did not disappoint. With young stars like rookie Wander Franco and outfielder Randy Arozarena, watch for the scrappy Rays to make another deep run. Just keep swimming.

Chicago White Sox: From starters Lance Lynn, Lucas Giolito and Carlos Rodón to closer Liam Hendriks, the White Sox’s pitching staff is stacked. As for the offense, Chicago is...also stacked, with shortstop Tim Anderson and first baseman (and 2020 AL MVP) José Abreu leading the way. Watch out, world, it might just be Soxtober.

Houston Astros: The ’Stros have competed their way to a fifth consecutive playoff appearance. Houston is an offensive powerhouse, boasting the best batting average and most RBI in baseball this season. Ready for takeoff.

Wild Card game: Despite finishing the season with the second-best record in the league, the defending champion LA Dodgers still find themselves in a win-or-go-home scenario. LA won the regular-season series against St. Louis, but the Cards are flying high after winning a franchise record 17 straight games in September.

San Francisco Giants: Of the three California-based teams in the NL West, the Giants were the least expected to win the division, but they did just that and posted the best record in baseball this season. We love a Cinderella story.

Milwaukee Brewers: After injuring his hand by punching a wall during the team’s postseason-clinching celebration (yes, seriously), reliever Devin Williams will miss the playoffs, but pitching is still the biggest strength for the Brew Crew.

Atlanta Braves: It’ll be a battle of defense vs. offense when the Brewers face the Braves, who hit the third-most home runs in baseball this season. As for pitching, los Bravos boast two aces in Charlie Morton and Max Fried. After narrowly missing the World Series last season, Atlanta is determined to go the distance this year.

The most exciting thing about postseason baseball is that truly anything can happen, but we’ll still make a prediction. After falling just short in the World Series last season, our money’s on the Tampa Bay Rays to hoist the trophy this year. Can’t bet against Champa Bay. 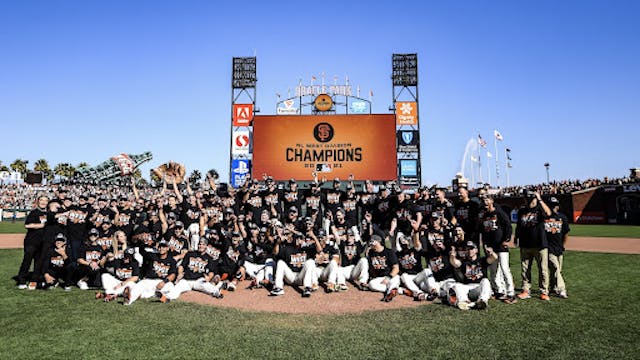 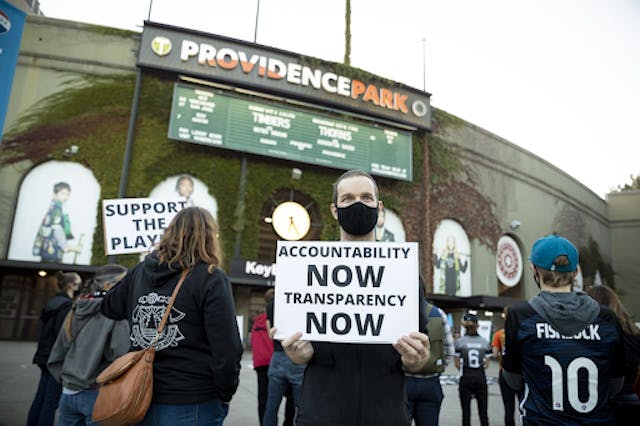 The latest: On Thursday night, the NWSL Players Association (NWSLPA) asked the league to postpone all weekend games to give players time to process the news, which league commissioner Lisa Baird approved and announced Friday afternoon.

Up next: We have a lot of thoughts and feelings. For the full debrief and a deeper dive, listen to tomorrow’s episode of our podcast The GIST of It. 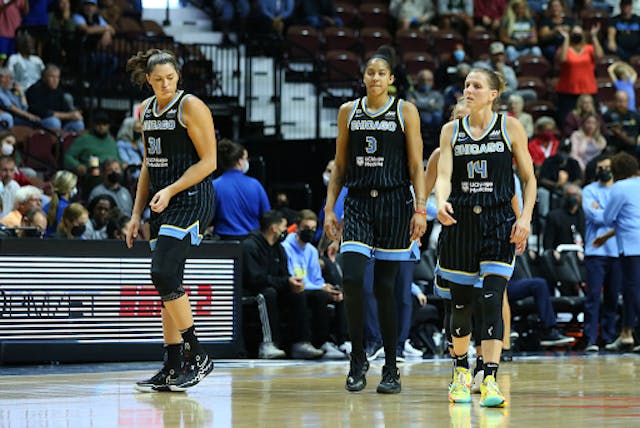 🏀WNBA: In yesterday’s Game 3 of the semifinals , the Chicago Sky and the Phoenix Mercury — aka the lower ranked team in each series — strengthened their series’ leads to 2-1 over the No. 1 Connecticut Sun and No. 2 Las Vegas Aces, respectively. Bring on Game 4, set for 8 p.m. and 10 p.m. ET on Wednesday night.

🎓🏈College Football: Clemson, where you at? After a solid weekend from the nation’s best teams — No. 1 Alabama and No. 2 Georgia — the once-great Clemson has fallen out of the AP Top 25 for the first time since 2014, after an ugly 19–13 win over Boston College on Saturday. Cripes.