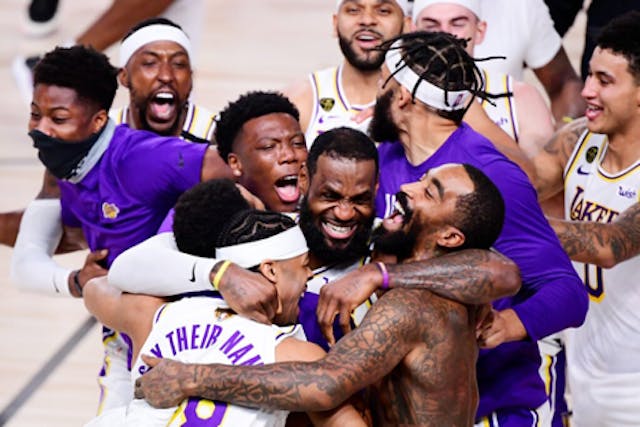 The GIST: They did it —the Lakers are NBA champions again! Happy Monday indeed! What a time to be alive.

🏀Job’s finished: After 10 long years, championship number 17 is coming to LA! The Lakers absolutely steamrolled over the Miami Heat in Game 6 with stifling defense. Rajon Rondo became Playoff Rondo when we needed him the most and of course, we were #blessed to watch LeBron continue to do LeBron things. They did it for Kobe and Gigi. The tears and the champagne are still flowing.

⚾️Going, going...: The Dodgers look to follow in the Lakers’ winning footsteps when they face the Atlanta Braves in the NLCS. Atlanta has offensive firepower, highlighted by NL MVP candidate Freddie Freeman and outfielder Ronald Acuña Jr., but the Dodgers have a reliable 1-2 punch of their own with MVP candidate Mookie Betts and shortstop Corey Seager.

🏈Spike the football: The Rams rebounded from last week’s so-so performance by cruising to a 30–10 win over the Washington Football Team (WFT). Behind the strength of quarterback (QB) Jared Goff’s hot start and two-time Defensive Player of the Year Aaron Donald’s four sacks, the WFT had no chance against our LA squad. The Rams’ celebrations could use some work though.