The GIST: Team USA’s Track & Field stars are only getting better, with multiple U.S. runners making the podium in the same events. 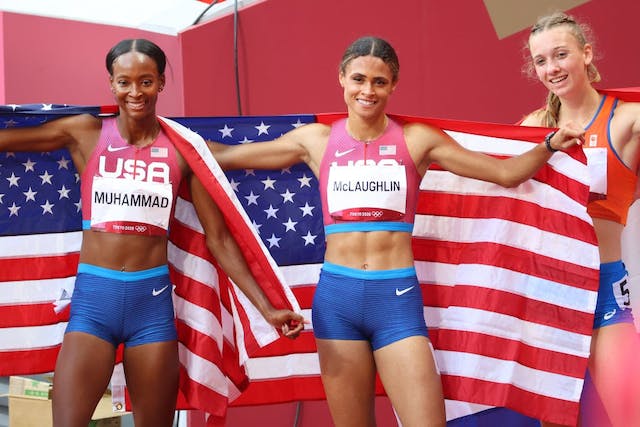 Women’s 400m hurdles: The last three times Sydney McLaughlin and Dalilah Muhammad raced against each other, they broke the 400m hurdles world record (WR)…and they did it again in Tokyo.

Men’s 200m: In another race featuring three U.S. runners, Kenny Bednarek claimed silver in the 200m final, sprinting ahead of the favorite Noah Lyles, who earned the bronze. And 17-year-old Erriyon Knighton finished just off the podium in fourth. Now we can’t wait to see what Team USA does together in the upcoming relays.