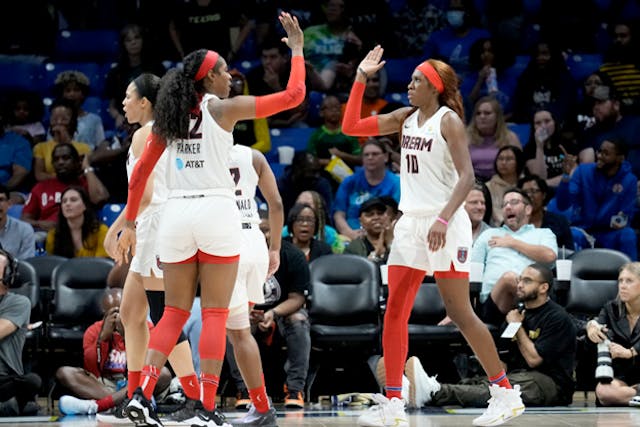 The GIST: Throw your orange hoodie in the wash because after a wild opening weekend, the 26th WNBA season resumes tomorrow.

Who made history: 2022 No. 1 overall draft pick and former Kentucky standout Rhyne Howard (pronounced RY-uhn) wasted no time making her mark in the Atlanta Dream’s 66–59 win over the Dallas Wings on Saturday.

Who’s back: Las Vegas Aces head coach Becky Hammon marked her return to the W by making some history of her own. The Aces’ 106 points in their victory over the Phoenix Mercury on Saturday (who played their season opener without Brittney Griner for the first time in seven years) was a record for a coach in a regular-season WNBA debut. Making it rain.

Who’s on the rebound: After a lingering ankle injury hampered her last two seasons, Sabrina Ionescu is healthy and happy, after posting 25 points, six assists, four rebounds and two steals to lead her NY Liberty to an 81–79 upset win over the Connecticut Sun. Good 4 u, Sabrina.