The GIST: It’s been a long and winding journey, but we finally made it. The CFP National Championship kicks off tonight at 8 p.m. ET, with two undefeated teams looking to take home a hefty stack of hardware and solidify their names in college football history. 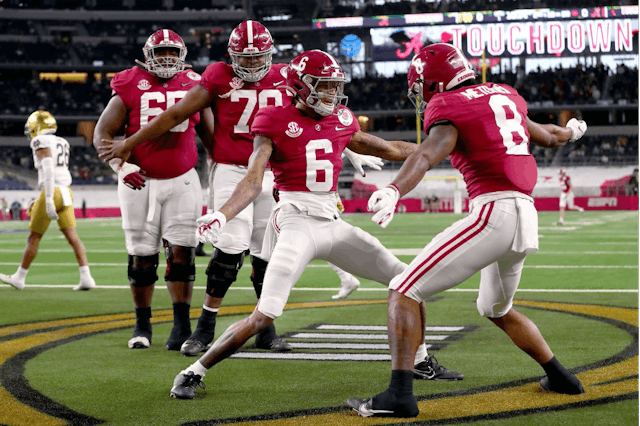 The teams: The No. 1 Alabama Crimson Tide went a perfect 10-0 this season, capturing the school’s 28th SEC championship en route to their eighth National Championship appearance since 2010. Boasting three of the top five finishers for the Heisman Trophy (in addition to a long list of other award winners), it’s an understatement to say Alabama’s roster is incredibly stacked.

Prediction: While we do love an underdog story, we’re expecting the elite Alabama roster, led by legendary coach Nick Saban, to roll away with the title. But our GISTers are split. Only 54% of GISTers who participated in our first-ever “Sunday Scroll” newsletter poll think the Crimson Tide will take home the National Title. Drama.