Dodgers and Rays to Face Off in World Series

With wins over Atlanta and Astros, Dodgers and Rays will meet in 2020 MLB World Series 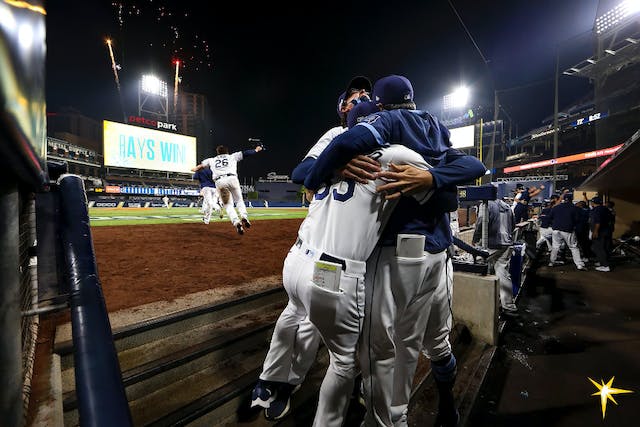 The GIST: The World Series matchup is officially set! Both league championship series took all seven games and a whole lot of drama to be decided, building to a star-studded Fall Classic between the Tampa Bay Rays and the LA Dodgers.

Tampa Bay Rays: The Rays gave everyone something to celebrate by defeating the Houston Asterisks Astros with a nail-biting Game 7 victory on Saturday. With the win, the Rays punched their ticket to the World Series for the second time in franchise history and are now just four wins away from their first-ever title.

LA Dodgers: The Dodgers defied the odds, coming back from a 3-1 series deficit to force Game 7 and win an epic 4–3 duel with the Atlanta Braves, thanks to outfielder Cody Bellinger’s clutch go-ahead home run. Entering the season as the favorites to win it all, the Dodgers now look to avenge their World Series losses in 2017 and 2018 and claim their seventh franchise title.

Who’s going to win it all?: This World Series matchup is sure to be one for the history books, with the winningest teams from each league squaring off. Riding their come-from-behind NLCS energy, we expect the star-powered Dodgers to keep that momentum rolling against the Rays and ultimately live up to their preseason favorite status.