Olympics: What these games showed us about figure skating in Russia 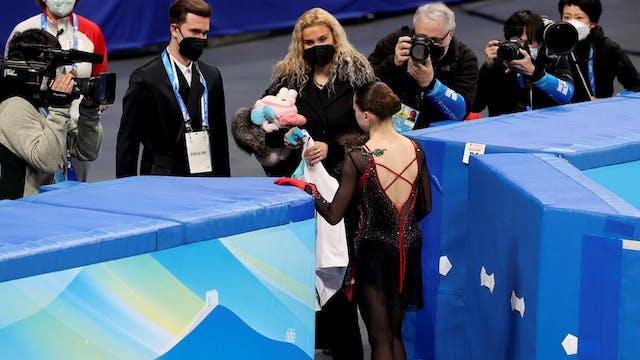 The GIST: As we continue to process the emotional scenes from yesterday’s women’s singles free skate, we’re still reflecting on the ongoing figure skating doping scandal.

On the ice: Overshadowed by the drama surrounding 15-year-old Kamila Valieva (the skater who tested positive for a banned medication) and her unexpected fourth-place finish, two of her ROC teammates — 17-year-olds Anna Shcherbakova and Alexandra Trusova — finished first and second, respectively.

The fallout: Rather than supporting Valieva after a disappointing skate (nevermind being embroiled in a doping scandal), her infamously strict coach Eteri Tutberidze said, “Why did you let it go? Why did you stop fighting?” Immediately no.

The context: Tutberidze is known for grooming young figure skaters who typically go on to retire as teenagers, often suffering serious injuries along the way.

What’s next: The Games may be winding down, but this story’s far from over. We’re still waiting for a decision on the ROC’s team gold, but bigger questions lie ahead.