The GIST: We’re about a month out from the start of March Madness, so we’re bringing you the update on our ranked Chicagoland college basketball teams. 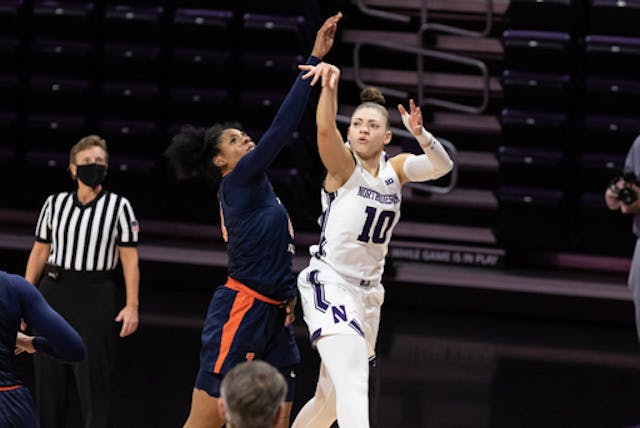 Women’s: The Northwestern Wildcats have won three straight games — including a decisive victory over the No. 12 Ohio State Buckeyes last week — heading into today’s matchup against the Rutgers Scarlet Knights. Wildcat Guards Veronica Burton and Lindsay Pulliam have led the team to their No. 21 ranking, and we expect another big win from them today.

Men’s: Coming off of four straight wins, the U of I Illini jumped up to No. 6 in the national rankings. Guard and Chicago native Ayo Dosunmu (pronounced EYE-O DO-SOO-MOO) scored his first triple-double, leading the team with 21 points in last weekend’s 75–60 victory over the No. 21 Wisconsin Badgers.