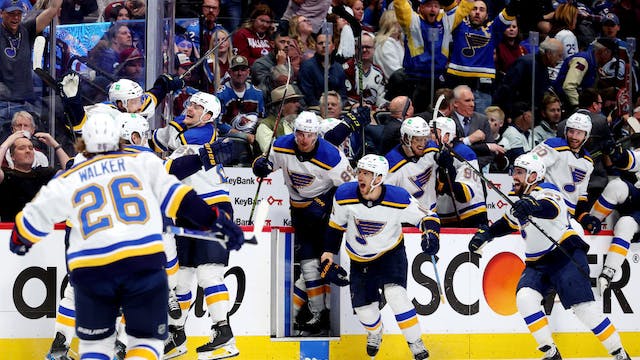 The GIST: Two down, two to go! The Conference Finals may be halfway set, but there’s still a lot of action ahead. Who’ll be forced to hit the golf course next?

Eastern Conference: As the Tampa Bay Lightning rest up for the Conference Finals, the Carolina Hurricanes are one game closer to joining them after defeating the NY Rangers 3–1 last night — with Teuvo Teräväinen coming in clutch on the power play. Next: Game 6 tomorrow at 8 p.m. in New York.

Western Conference: Stop drilling, they’ve struck oil! The Edmonton Oilers claimed a 4–1 victory — thanks to Connor McDavid’s overtime game-winner — over the Calgary Flames last night to win the Battle of Alberta and advance to the Conference Finals for the first time since 2006. Good luck extinguishing those tears, Flames Fans.