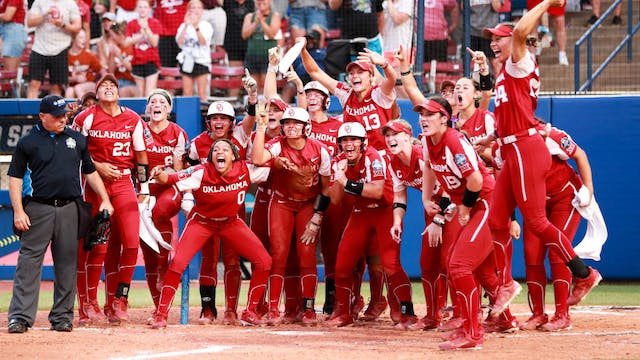 The GIST: For the second straight year (and fifth time in the last nine seasons), the No. 1 Oklahoma Sooners are your NCAA softball national champions, the final exclamation point on an incredible record-setting season. Dominant doesn’t even begin to cover it.

How they did it: After throttling Texas 16–1 in Wednesday’s Game 1, Oklahoma had to (briefly) battle for the title last night, rallying from a two-run deficit to take down the Longhorns 10–5 and sweep the Women’s College World Series (WCWS).

The bigger picture: As thrilling as the on-field action was, the off-field impact was just as exciting. Multiple record-breaking crowds took in the WCWS action, including a record 12,257 fans at last night’s tilt.