Next thing you know, I’m big in Japan 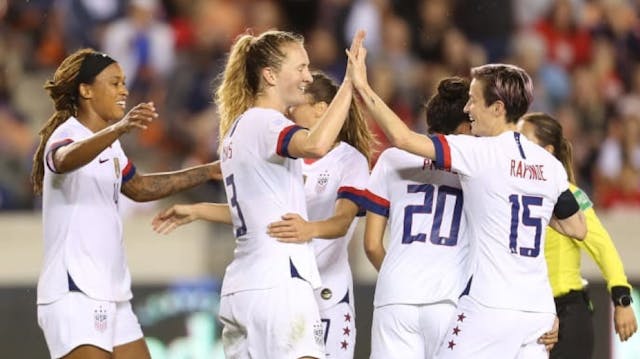 The GIST: Over the weekend, our US women’s national soccer team (USWNT) became the second women’s team to qualify for the 2020 Tokyo Olympics and TBH, we can’t say we’re surprised.

Explain, please!: You got it. First, our USWNT clinched a spot in the 2020 Summer Olympics by winning their semifinal match 4–0 over Mexico, in the CONCACAF Olympic Qualifying tournament (reminder: the top two teams in the tournament qualify for Tokyo 2020).

And what other team earned a ticket?: Our women’s basketball team. Team USA clinched their Tokyo 2020 Olympics spot by winning the 2018 FIBA Basketball World Cup. That said, they still played in Serbia in one of the four FIBA Women’s Olympic Qualifying tournaments this weekend.