Anything but the Bears

While we wait the whole agonizing weekend to probably be heartbroken again by the Bears on Monday, let’s soak up all the college football we can, because at least these football teams know how to win (looking at you, Matt Nagy). 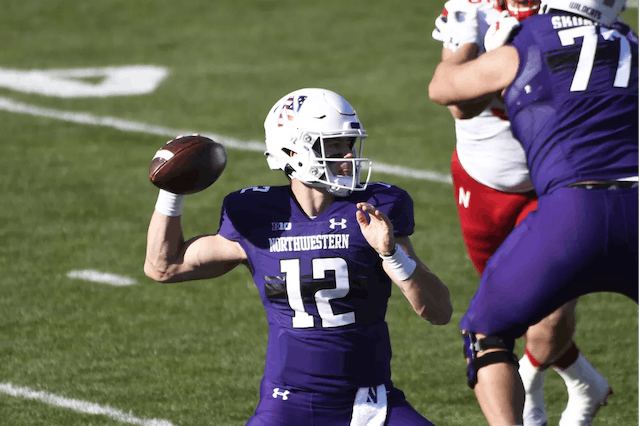 The GIST: While we wait the whole agonizing weekend to probably be heartbroken again by the Bears on Monday, let’s soak up all the college football we can, because at least these football teams know how to win (looking at you, Matt Nagy).

🏈The Wildcats: Thanks in large part to their rock-solid defense, No. 23 Northwestern has been great so far this season, sitting at 3-0 and atop of the Big Ten West. The ’Cats didn’t allow any points in the second halves of their first three games, which gave the offense breathing room to settle in and consistently drive to the end zone. Hopefully they make the 2-0 Purdue Boilermakers’ blood boil on Saturday.

The Irish: After a huge win last weekend against the Clemson Tigers, No. 2 Notre Dame will take on the 5-3 Boston College Eagles in what should be a solid victory, as long as the Irish can avoid repeating history.

The Illini: The 0-3 Fighting Illini will take on the 1-2 Rutgers Scarlet Knights on Saturday, and fans are hoping this week brings their first win. Fingers crossed. But, even if U of I’s football team disappoints, fans can hold out hope for the now Top 10-ranked men’s basketball team. Winter sports, WYA?

🥊One last thing: We’ve partnered with our friends at BoxUnion to bring our regional GISTers a complimentary LIVE fitness class on Saturday, November 21st at 12 p.m. ET/11 a.m. CT. Register here for the class, plus the chance to win a three-month subscription to BoxUnion Digital and exclusive GIST swag. Come get your Laila Ali on!