MLB playoffs is down to five teams

October 17, 2022
he MLB Championship Series (CS) are nearly set, and they could feature just one of the top four seeds.
Sports NewsBaseball 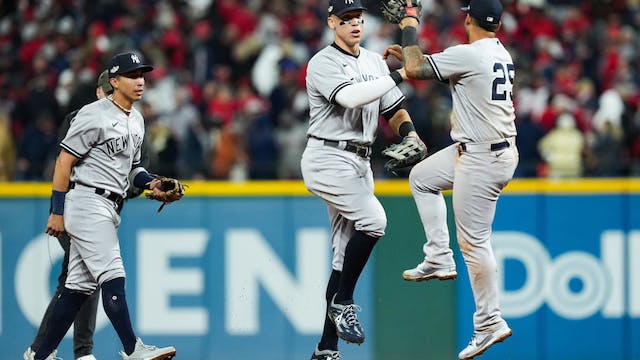 The GIST: And then there were…five. The MLB Championship Series (CS) are nearly set, and they could feature just one of the top four seeds. Will the underdogs come out on top again tonight?

American League (AL): After the No. 3 Cleveland Guardians walked off with a 6–5 Saturday win, the No. 2 NY Yankees reclaimed the momentum last night, evening the best-of-five series with a 4–2 victory.

National League (NL): It was certainly sunny in Philadelphia when the No. 6 Phillies eliminated the defending World Series champion No. 2 Atlanta Braves to advance to their first NLCS since 2010.