The GIST: The Jets lost and the Giants won. But somehow...we’re still surprised? Let’s dive in. 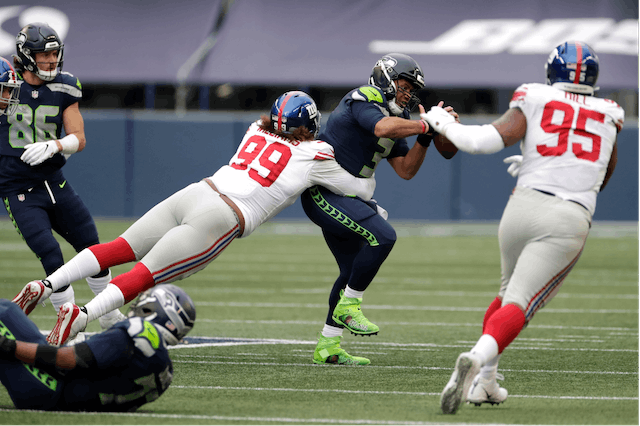 Lose the battle, win the war: With QB Sam Darnold playing like the first-round draft pick he was, the Jets looked surprisingly good against the Las Vegas Raiders yesterday. Gang Green was up 28–24 with less than a minute remaining when the Raiders’ offense took the field. But because Adam Gase can’t have nice things, Raiders QB Derek Carr heaved a 46-yard TD pass at the last second, stealing the game from the Jets. Welp.

Getting hot in here: Giants fans had low expectations with QB Colt McCoy replacing an injured Daniel Jones against the Seattle Seahawks yesterday. McCoy did about as expected, completing 13 of 22 passses with one TD and one interception. The real MVPs were the Giants’ defensemen, who held a powerful Seattle offense to a single TD and 12 points overall.