Football in DC: From College to the NFL

A look at what this week hold for the Washington Football Team, Maryland Terrapins and Virginia Cavaliers 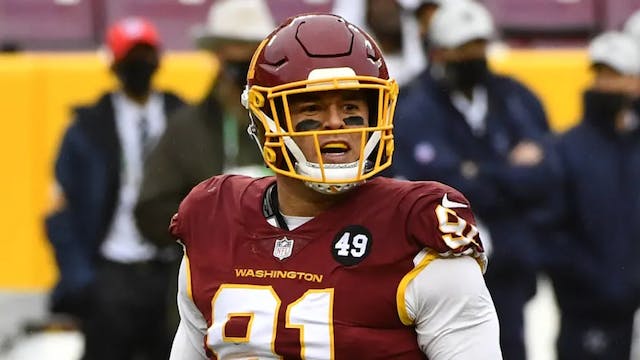 The GIST: In college football, the Maryland Terrapins and Virginia Cavaliers delivered thrillers over Halloweekend. Meanwhile in the NFL, although the Washington Football Team (WFT) had a bye week, the team still brought the drama.

Friday night lights: On Friday, the Terps rebounded from a dreadful season-opener loss with a stunning 45–44 victory over the Minnesota Golden Gophers. Maryland overcame a 17-point fourth-quarter deficit, thanks to Minnesota missing the extra point conversion that would have forced double overtime.

Break the rock: Not to be outdone, Virginia snapped a four-game losing streak on Saturday with a 44–41 upset over rival No. 15 North Carolina. The Hoos boldly executed a fake punt to secure the win in the South’s Oldest Rivalry. Cheeky.

In or out: Over in the pros, WFT defensive end Ryan Kerrigan reportedly requested a trade due to decreased playing time. Drama. But rumor has it, the WFT wants to keep the franchise sack leader in part for his veteran leadership. We’ll see what the trade deadline brings.