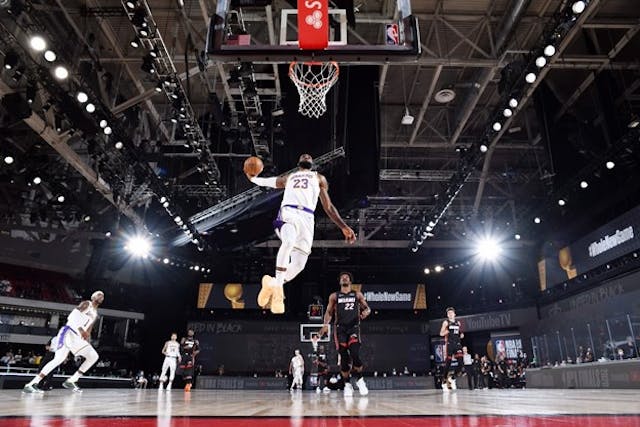 The GIST: The bubble champions have been crowned! With a lop-sided 106–93 Game 6 victory, the Los Angeles Lakers defeated the Miami Heat to earn their record-tying 17th (!!!) franchise NBA championship.

What did their path to the final look like?: The Lakers defeated the Portland Trail Blazers, Houston Rockets and Denver Nuggets en route to the Finals. Impressive, but we’d be remiss if we didn’t mention the adversity this team overcame off the court.

How about the Heat?: The Lakers dominated this series from the beginning, but the underdog Heat put up a better fight than anyone expected. With a young core of stars, including Tyler Herro (the youngest player to start in an NBA Finals), likely to return next season, we’ll definitely be seeing more of the Heat in the future.

When does the next season start?: After almost 100 days in the incredibly successful bubble, all involved deserve a round of applause and a well-earned break. Although the NBA season typically begins in October, commissioner Adam Silver said he expects that next season won’t begin until at least January. After such a thrilling run, we’re already hungry for more!