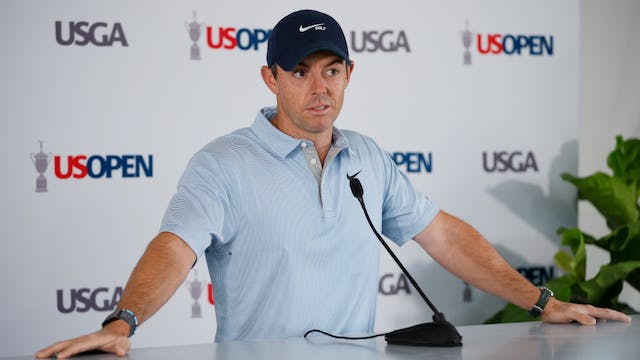 The GIST: Golf’s divided factions are about to be united. Men’s golf's third major of the year, the U.S. Open, tees off tomorrow with a field featuring PGA loyalists and golfers who recently defected to the controversial LIV Golf tour. We are all Marie Kondo right now.

The context: After last weekend’s debut, Saudi Arabian–funded LIV Golf has continued to dominate the headlines due to accusations of sportswashing…plus some truly bonkers explanations from golfers who left the PGA Tour to compete (and make major money) with LIV.

The event: The major itself is a BFD, too. The U.S. Open awards the largest purse of all men’s golf events (a $12.5M that still pales in comparison to the sums offered by LIV) and it’s one of the toughest tournaments to win.

What they’re saying: Four-time major champion Brooks Koepka (who has pledged loyalty to the PGA) criticized the incessant conversation about LIV as a “black cloud” over the U.S. Open, but other golfers aren’t shying away from calling out the controversy.