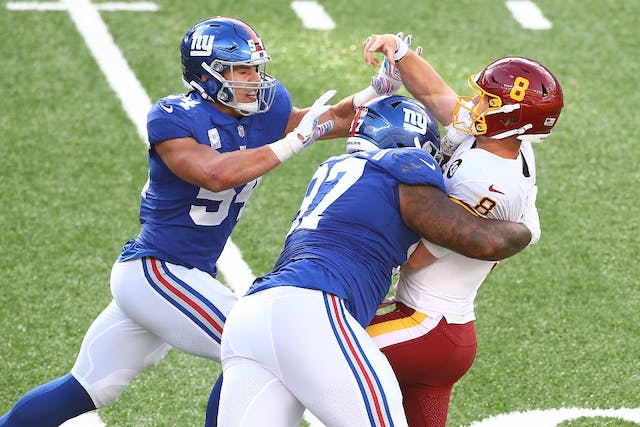 The GIST: The Giants finally grabbed their first win yesterday, beating the Washington Football Team (WFT) 20–19 (!!!), but if you’re a Jets fan, all we can say is...sorry.

LFG: At long last, the Giants looked like a functioning football team this week with solid defensive plays and properly executed TD passes. They led the majority of the game, until the WFT tied it up in the fourth quarter. Thankfully for the G-men, rookie linebacker Tae Crowder had a clutch scoop and score to give New York the 20–13 lead with just a few minutes remaining.

Rock bottom: The Jets lost 24–0 to the Miami Dolphins yesterday, their first shut-out loss against Miami since 1983. And yes, it was as brutal as it sounds. At 0-6, the Jets are the only winless team in the league, meaning it’s time to start thinking about changes.