The GIST: From Friday night lights to two ranked matchups in NFL stadiums (fancy), Week 4 of college football is pulling out all the stops. 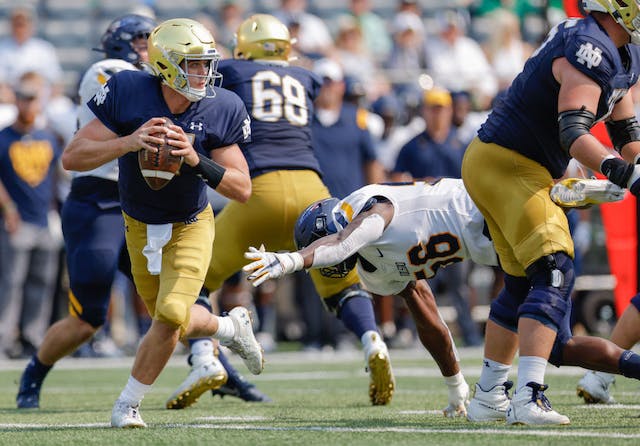 No. 12 Notre Dame vs. No. 18 Wisconsin: If you like drama, this matchup — which kicks off from Soldier Field (home of the Chicago Bears) tomorrow at 12 p.m. ET — is the one for you. After transferring to Notre Dame last year, former Wisconsin quarterback Jack Coan will make his first start against his old team.

No. 7 Texas A&M vs. No. 16 Arkansas: The “Southwest Classic” returns to AT&T Stadium, home of the Dallas Cowboys, this year. Why there? Well, Cowboys owner Jerry Jones played at Arkansas. No in-state loyalty here.