Bears Look to Bounce Back Against Saints

Bears offense needs to evolve rapidly ahead of Saints' game. 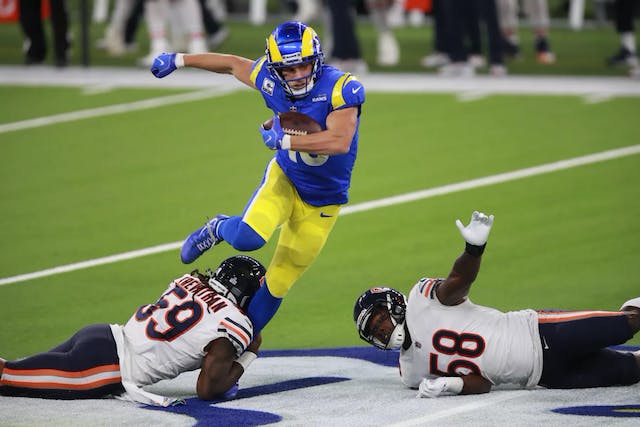 The GIST: ICYMI, the Bears took a beating from the LA Chargers on Monday. Welp. Time for da boys to bounce back fast in time to face the New Orleans Saints on Sunday at 4:25 p.m. ET / 3:25 p.m. CT.

Turn the Bears around: Monday’s loss was painful to watch. It fed the narrative that the Monsters of the Midway are just mediocre, and at 5-2, really lucky, but we refuse to listen to that rhetoric and know the Bears will adjust. The offense needs to evolve rapidly, whether that’s through head coach Matt Nagy’s play-calling or QB Nick Foles’ turnovers. Probably both.

College rundown: With most college football conferences back in action, there’s no shortage of games to watch on Saturday. The U of I Fighting Illini and Northwestern Wildcats are back for their second games, facing the Purdue Boilermakers and the Iowa Hawkeyes, respectively.

Want to know more about college football? Reply and let us know what you’d like to see out of our regional college coverage!