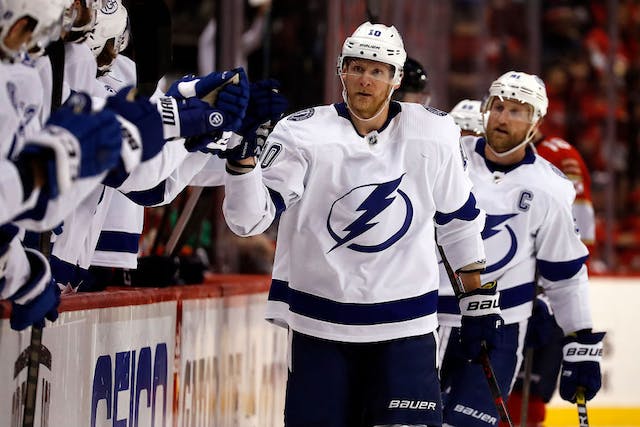 The GIST: As the Game 2s of the second round wrap up tonight, it’s clear these eight remaining teams are ready to battle as we head into a Game-3-filled weekend. Are you ready for it?

Last night’s games: With a gutsy game-winning goal from Ross Colton in the dying seconds, the Tampa Bay Lightning snagged a pivotal 2–1 Game 2 victory over the Florida Panthers. Up 2-0 in the series, the Lightning will head home to Tampa for Sunday’s 1:30 p.m. ET Game 3. Can the Lightning strike thrice?

Tonight’s Game 2s: After notching a 2–1 overtime win over the NY Rangers on Wednesday, the Carolina Hurricanes will aim to gain a 2-0 series lead on home ice tonight at 8 p.m. ET. With Hurricanes goalie Antti Raanta standing on his head, NY forwards Chris Kreider and Artemi Panarin have their jobs cut out for them.