COVID-19 may have put a damper on 2020 for most of us, but it couldn’t stop Dustin Johnson (DJ) from capping off his career-best year with a green jacket. 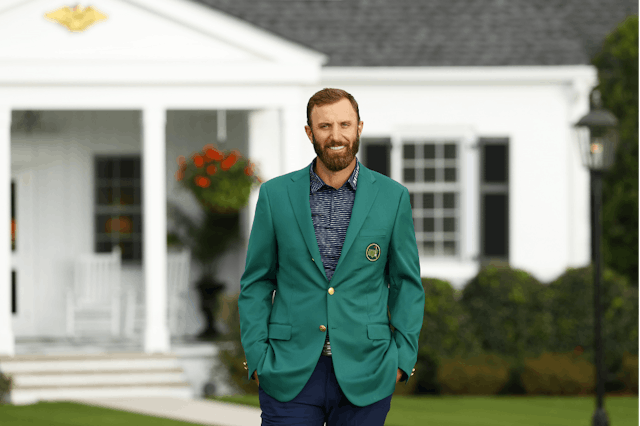 The GIST: COVID-19 may have put a damper on 2020 for most of us, but it couldn’t stop Dustin Johnson (DJ) from capping off his career-best year with a green jacket. When it rains, it pours.

Give me the details: Johnson, who tested positive for COVID-19 in October, won the Masters yesterday, his fourth PGA Tour win since June. As the current No. 1 golfer in the world, DJ has spent over 100 weeks in the top spot over his career and has clinched 27 professional wins since his first in 2008 — but yesterday’s win was only his second career major.

So sweet. How did the rest of the field do?: DJ wasn’t the only record-setter this weekend. Cameron Smith, the runner-up from Australia, became the first golfer in Masters history to shoot all four rounds in the 60s. Smith’s fellow runner-up at 15-under par, Sungjae Im of South Korea, also set the record for best-ever Masters debut.