The GIST: The Bears’ 34–30 loss to the Detroit Lions yesterday marked their sixth straight. All we want for Christmas is a new head coach, general manager and, well, team. 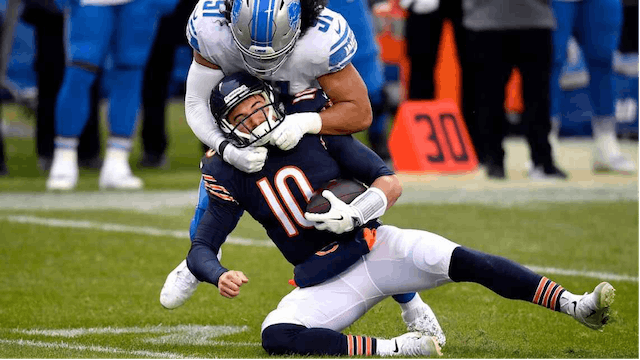 This one hurt: For 58 minutes of the 60-minute game, we really thought the Bears were going to win. Both the offense and defense were doing their jobs, and they looked to be in total control with a 10-point lead with fewer than ten minutes remaining. And then...

Under pressure: A loss this embarrassing only intensifies the pressure to make serious adjustments (like, ahem, a new head coach). And with only four games remaining in the season, there’s not much time left for head coach Matt Nagy to change anyone’s mind. Is it time to call up some Chicagoland backup?

Speaking of the Wildcats: With the Wisconsin Badgers’ loss on Saturday, the Northwestern Wildcats clinched the Big Ten West title and their spot in the championship game. Their opponent for the conference championship is still TBD, but the ’Cats sure ain’t scared of no nut.