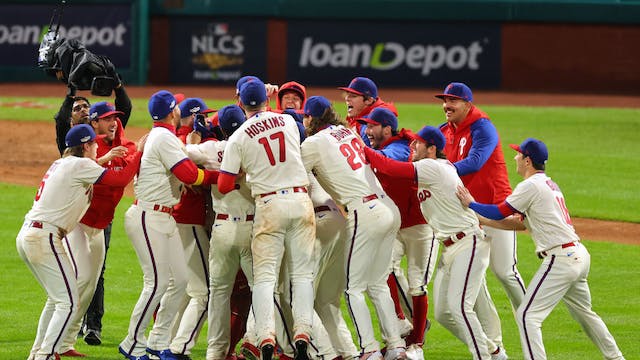 National League (NL): The Philadelphia Phillies must be Swifties because they were on their vigilante sh!t this weekend, dominating the San Diego Padres in the best-of-seven NL Championship Series (NLCS) to advance to their first WS since 2009.

American League (AL): The Houston Astros left the NY Yankees in a haze, sweeping the ALCS in four games with yesterday’s 6–5 win. The Yanks bats finally came alive with their backs against the wall, but a costly seventh inning error opened the door for the ’Stros, who are through to their second straight WS and fourth in the last six years. Sheesh.

What’s next: A long wait. Both squads (and their fans) will have a chance to rest up before the WS tees off on Friday. More to come closer to first pitch.