Rams and Chargers Not On Par With Dodgers', Lakers' Championship Performances

After this weekend, it looks like that LA championship parade will just be for two teams. 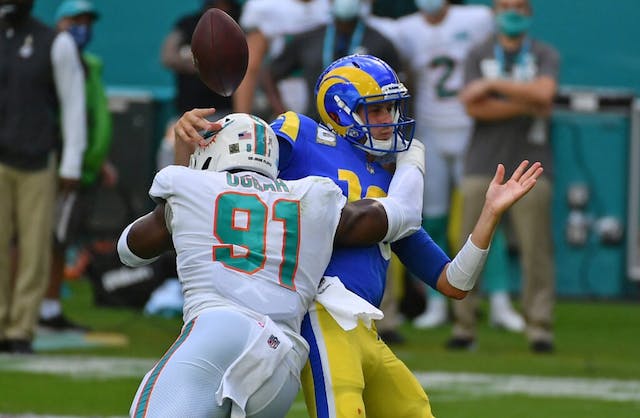 The GIST: We might need to bask in the glory of the Lakers and Dodgers for a while longer, because the Rams and Chargers did not play championship-worthy football yesterday.

Rammed by the Fins: Daylight saving time may have ended yesterday, but to the Rams’ dismay, Tua Time just started. The Rams couldn’t overcome a second-quarter onslaught from the Miami Dolphins and lost 28–17. Sigh.

Charging the wrong direction: Another week, another heartbreak. The Chargers let the Denver Broncos win the game with literally no time left and squandered, you guessed it, another double-digit lead. We’re tired of this and the players know it.