The GIST: It was a jam-packed weekend of basketball, but let’s start with the good stuff from the WNBA: Diana Taurasi is back. 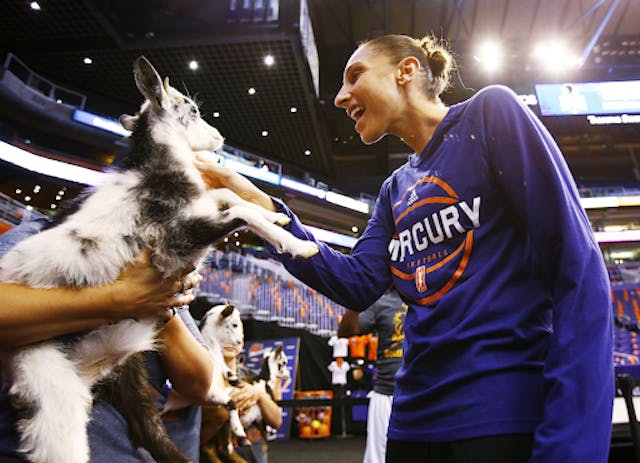 WNBA: That's right, the GOAT returned to the court after recovering from a sternum fracture (ouch) to help her Phoenix Mercury defeat the LA Sparks 88–79 last night. And in classic Taurasi fashion, she set a new record in her return by becoming the first W player to reach 9,000 points.

NBA: The Milwaukee Bucks took a 2-1 lead in the Eastern Conference Finals last night with a 113–102 win over the Atlanta Hawks, largely thanks to an unreal fourth quarter performance from Khris Middleton, who put up 38 points. The Western Conference Finals could end today if the Phoenix Suns beat the LA Clippers in tonight’s Game 5 at 9 p.m. ET. A quickie.