Despite being in the middle of a global pandemic, the still-competing college football conferences and the NFL insist on playing in front of fans this season. Wish we were kidding. 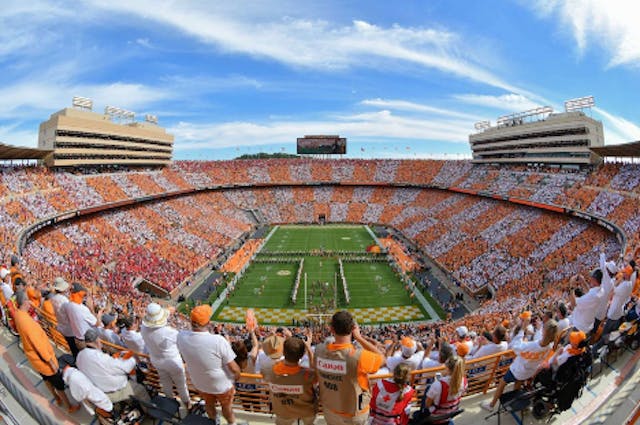 The GIST: Despite being in the middle of a global pandemic, the still-competing college football conferences and the NFL insist on playing in front of fans this season. Wish we were kidding.

Remind me where we’re at: In college football, the Big Ten and Pac-12 have postponed all fall sports. The Big 12, SEC and ACC will forge ahead with sports this fall. And get this: those conferences are also preparing to have fans in the stands.

Seriously?: Sadly, yes. On Tuesday, the SEC released their guidelines for fan attendance. Luckily, masks are required, but the conference is leaving most other decisions up to the schools. The schools that have released their plans will all limit stadium capacity to under 30%.

And what about the NFL?: On Monday, the NFL announced that the first game of the season (Kansas City Chiefs vs. Houston Texans on September 10th — mark your calendar!) will be held with fans, filling the stadium to 22% capacity. Just like college football, fans will be required to wear masks in the stadium, but tailgating will be permitted...with masks “encouraged.” Hmmm.

I heard Washington’s in the news again?: You heard right. Two former LSU students said they were raped by former LSU and recently released (for domestic violence allegations) Washington Football Team running back Derrius Guice in 2016. It appears that LSU did not investigate the women’s allegations. A sad, stark reminder that we still have a lot of work to do and must continue to support survivors.