Week 5 updates from the NFL 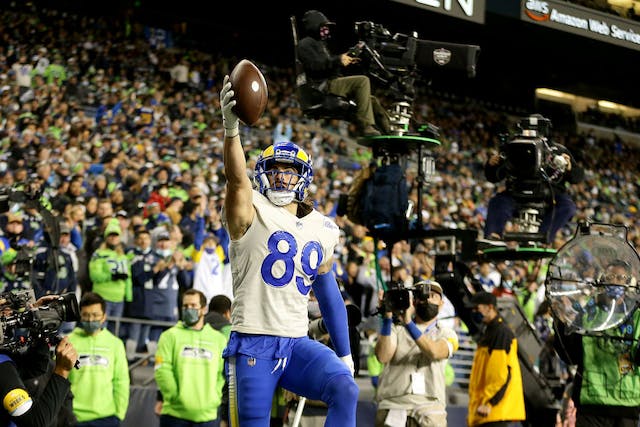 NFL: The LA Rams kicked NFL Week 5 off with a bang, defeating the Seattle Seahawks 26–17 on Thursday Night Football. After a slow start, the Rams scored two touchdowns in the third quarter en route to the win. As for Seattle, quarterback (QB) Russell Wilson left the game with a finger injury, adding insult to...injury.

College football: Another week, another packed slate of key matchups. Kicking things off tomorrow at 12 p.m. ET is the “Red River Showdown,” which features No. 21 Texas vs. No. 6 Oklahoma. Oklahoma has won the last three matchups, and they look poised to make it four with Heisman Trophy candidate QB Spencer Rattler leading the way.

Hungry for more? Feast your eyes on the inaugural BBQ Bowl, where the losing team must serve their opponent a postgame barbecue meal. Order up!