Will the Suns take Game Two of the NBA Finals?

The GIST: It’s been 84 16 years, but Phoenix Suns star Chris Paul finally made his NBA Finals debut and grabbed a win in the process. Now can CP3 and the Suns go up 2-0? 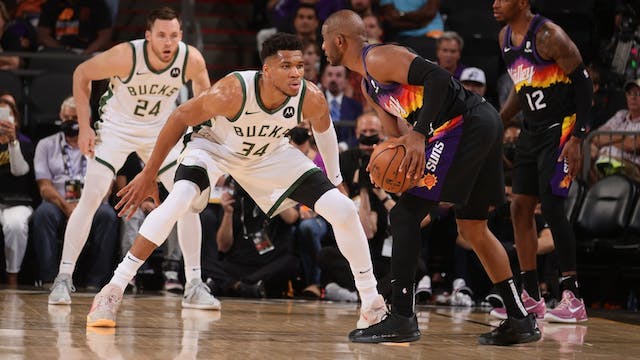 Injury background: Injuries continue to be the story of the NBA Playoffs. While Milwaukee Buck Giannis Antetokounmpo (pronounced YAHN-iss ah-dedo-KOON-bo) miraculously returned after hyperextending his knee in the conference finals, Suns forward Dario Šarić suffered a torn ACL in Tuesday’s Game 1 and is out indefinitely. Ouch.

Game 2: Speaking of numbers, Phoenix fans (especially this guy) are counting on another win at home tonight, but the Bucks are in familiar territory: Milwaukee dropped Game 1 in their previous two playoff matchups but went on to take the series. First step: win tonight’s 9 p.m. ET Game 2, airing on ABC. Game on.