And that’s the tea

New Orleans Pelicans star rookie Zion Williamson is in some hot water. And he’s taking the NCAA down with him. 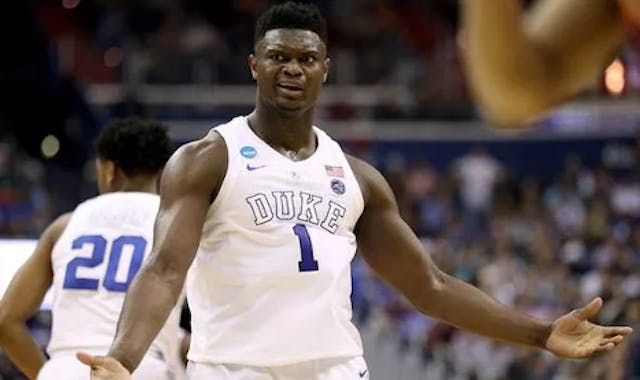 The GIST: New Orleans Pelicans star rookie Zion Williamson is in some hot water. And he’s taking the NCAA down with him.

Sounds drama. What happened?: Last April, first-overall NBA draft pick Zion signed a five-year contract with sports marketing agent Gina Ford of Prime Sports Marketing. A month later, he was allegedly poached by rival agency CAA (aka the biggest talent agency in the world), and in an effort to void his Prime contract, he sued them.

So how is the NCAA involved?: Well, Ford and Prime Sports just submitted a new filing in the lawsuit, and they want all the tea spilled. They’re asking Williamson to admit that his parents accepted money and benefits from Duke University (where he played for one year before being drafted), Nike and Adidas. All of which was, at the time, very illegal.