September 16, 2022
With this year’s caliber of NCAA volleyball, every match is guaranteed to blow your mind.
College SportsVolleyball 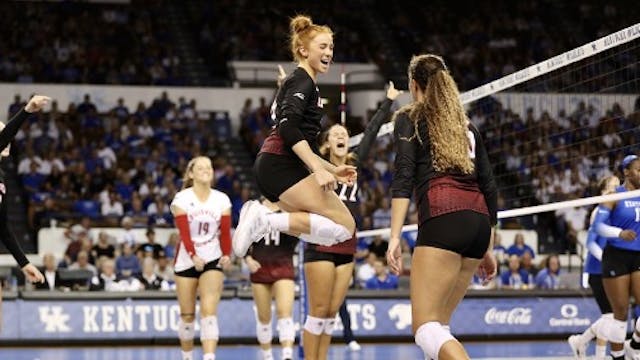 The GIST: With this year’s caliber of NCAA volleyball, every match is guaranteed to blow your mind. And in a satisfying scheduling coincidence, the past week’s major matchups between the court’s killer queens are swapped this weekend.

The recap: ICYMI, on Tuesday, the No. 9 Stanford Cardinal shocked the No. 2 Nebraska Cornhuskers 3–1 on their own court, despite 23 points in service errors handed to the Huskers.

Who’s got next: It’s a Cardinals vs. Cardinal Saturday night when Louisville visits Stanford at 10 p.m. ET on Pac-12 Insider. Yes, both squads are coming off wins, but Stanford has more momentum after back-to-back upset wins.