New updates from the Paralympics 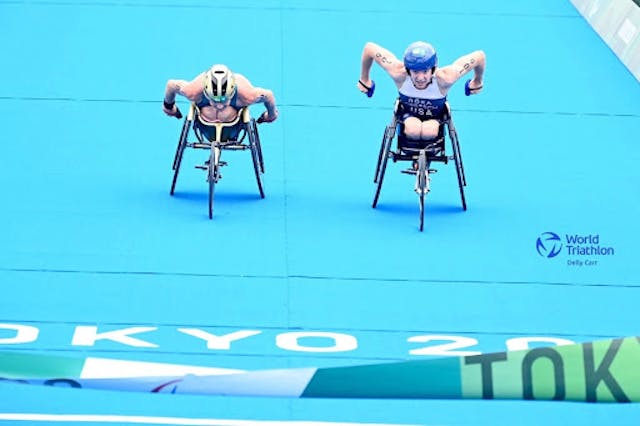 🇺🇸Team USA: On Saturday, Kendall Gretsch became the fifth American to win gold at both the summer and winter Paralympics when she raced to a thrilling first-place finish in the women’s paratriathlon. Gretsch came from behind to beat the reigning world champion, Australian Lauren Parker, by just one second. Down to the wire.

🇦🇫Big story: Despite fears that Afgan athletes Zakia Khudadadi (taekwondo) and Hossain Rasouli (track) would not be able to leave Afghanistan due to the recent Taliban takeover, the pair were safely evacuated thanks to a “major global operation” and arrived in Tokyo on Saturday.

🏀Key event: Since 1998, Team USA or Canada has won all but one women’s wheelchair basketball Paralympic gold medal, and now, these two powerhouse squads will meet in tonight’s 11:30 p.m. ET quarter-finals. Can the U.S. keep the back-to-back dream alive?