October 10, 2022
After a relatively quiet NHL offseason, the regular season has snuck onto the scene. Tuesday will bring the first official North American puck drop, so today’s Scroll is all about the season setup, the teams to watch and the storylines to know.
Sports NewsHockey 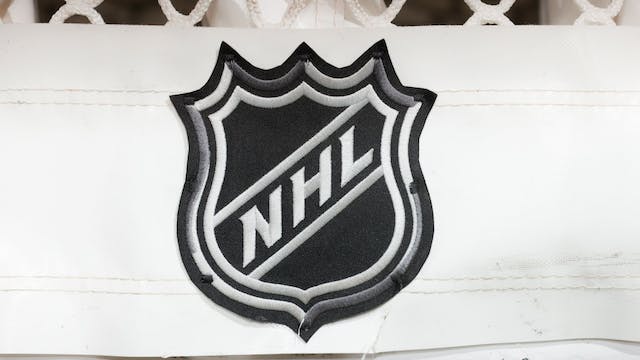 The NHL consists of 32 teams divided between the Eastern Conference and Western Conference. Those conferences are further split into two divisions — the Atlantic and Metropolitan in the East, and Central and Pacific in the West.

Each team will play 82 games over the next six months — 41 at home and 41 away — to rack up points in the official standings: two points for a win, one point for an overtime loss and a big ol’ goose egg for a regulation-time loss.

🏆 The reigning champs: All the big things

After a 21-year drought, the Colorado Avalanche reigned victorious over the former back-to-back champs, the Tampa Bay Lightning, earning themselves a drink from the Cup for the third time in franchise history.

A major key to their success? Star center Nathan MacKinnon — who led the Avs with 13 playoff goals. The Canadian talent became the league’s highest-paid player after signing a massive eight-year, $12.6 million (average annual value) extension. A mountain man for the long haul.

Tampa Bay: Turns out lightning doesn’t strike thrice…just yet. As mentioned, the Lightning, who were notably without top center Brayden Point for the majority of last year's playoff run, made the Finals for the third straight season.

Calgary Flames: The up-and-coming Flames burned bright last season, handily clinching the top Pacific Division slot before fizzling out in the second round against the center Connor McDavid–led Edmonton Oilers.

Florida Panthers: Despite stealthily clawing their way to the NHL regular-season throne last year, the Panthers suffered a disappointing sweep at the hands of the Lightning in the second round. The opposite of the cat’s pajamas.

Settle in for a thrilling season ahead. Check out the full schedule then, don your jersey and tune into Tuesday’s opener on ESPN in the U.S. and Sportsnet in Canada. Nothing like the good ol’ hockey game.