Your Guide to the WNBA Postseason, Starting Tuesday Night

Everything you need to know before the WNBA postseason gets underway. 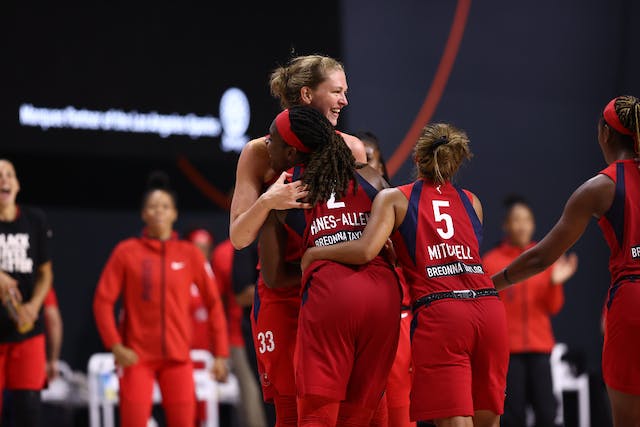 The GIST: More playoffs, you say? Coming right up! The WNBA postseason starts tomorrow night, so prepare multiple screens for all the basketball because this is a can’t-miss.

How are the playoffs set up?: The WNBA has two conferences with six teams each, but unlike other major leagues, the conferences don’t actually mean anything in the postseason: the top eight teams (based on regular season records) in the league will make the playoffs.

Sweet. And who’s playing?: The Western Conference totally dominated this season. The league’s top five teams are from the West, with the Las Vegas Aces leading the way. The Seattle Storm finished in second (with an identical 18-4 record) after losing to the Aces yesterday.

Got it. So who’s going to win?: It’s tough to say, but with Sue Bird, Breanna Stewart and Jewell Loyd leading the way on the Seattle Storm, we’re going all in. Action starts tomorrow night at 7 p.m. ET. Follow the full schedule here.