The GIST: Because Chicago is cold and dark right now, let our Bulls, Illini, and Wildcats keep you warm. 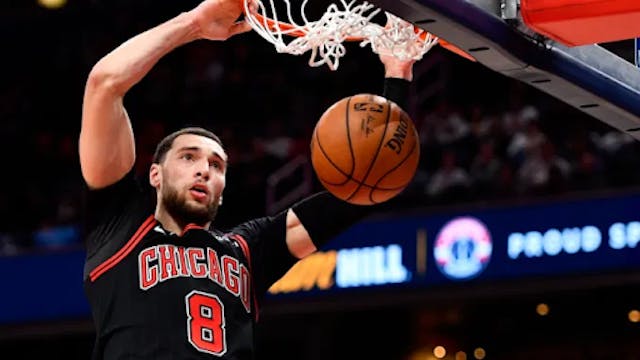 Bulls: With more than 30 points in five of the Bulls’ last six games, it’s safe to say guard Zach LaVine is on fire. His current average of 27.4 points per game ranks him fifth in the NBA. But as LaVine gets better, trade rumors get hotter.

College basketball: The U of I Fighting Illini have dropped to No. 22 in the men’s national rankings after losing to both Maryland and Ohio State last weekend. The bright spot? Sophomore Kofi Cockburn: he’s had six-straight double-doubles and helped the team bounce back to beat Penn State on Tuesday.

In women’s basketball, the No. 21-ranked Northwestern Wildcats have won three straight games leading up to their bouts against the Illini tonight and the No. 16 Indiana Hoosiers on Sunday. Watch out for junior guard and team scoring leader Veronica Burton to drain some more deep threes in these Big 10 matchups.