The GIST: The Rangers swept the Kansas City Royals over the weekend, but it’s tough to celebrate knowing the Mavericks just hired a head coach (HC) with a history of domestic abuse. 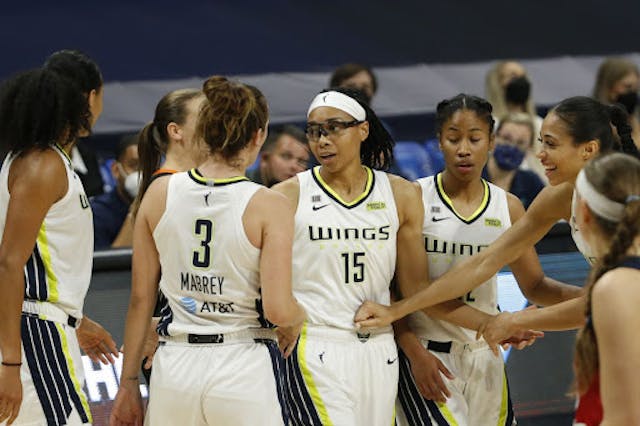 🏀Mavericks: On Friday, reports emerged that the Mavs had hired former Dallas star Jason Kidd as the franchise’s 10th HC. Kidd played 19 seasons in the NBA and was a key player during the Mavs’ 2011 championship run. He also has a disturbing history, including an arrest in 2001 for domestic abuse.

🏀Wings: We want to end on a high note, so we’ll turn to the WNBA. Thanks to Arike Ogunbowale’s (pronounced ah-REE-kay oh-goon-boh-WAH-lay) 30-point performance, the Wings defeated the Washington Mystics 85–74 on Saturday. Next up, the squad will go for their third straight win against the Chicago Sky on Wednesday at 8 p.m. ET/7 p.m. CT. Ready for takeoff.