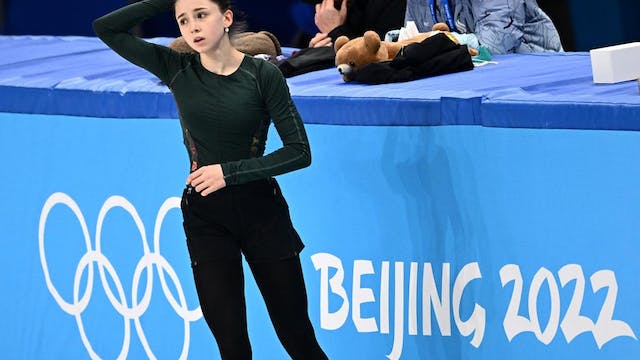 The GIST: With next week’s women’s singles figure skating competition looming, the story of Kamila Valieva — the 15-year-old ROC star figure skater at the center of a doping controversy — continues to accelerate.

The latest: Overnight, the International Testing Agency (or ITA, the group that manages the Olympics anti-doping programs) confirmed that Valieva tested positive for a banned heart medication that can aid performance.

Zooming out: This is far from the first time Russia’s been involved in a doping scandal, and this latest story is yet again shining a light on the deeply troubling system these athletes train within.

What’s next: With her suspension currently lifted, Valieva is still practicing for the singles event. Her future at these Games now rests on an urgent hearing determination. Stay tuned.