The GIST: Candace Parker returned home with a goal of winning Chicago’s first-ever WNBA title, and she did just that yesterday. We’re not crying, you’re crying. 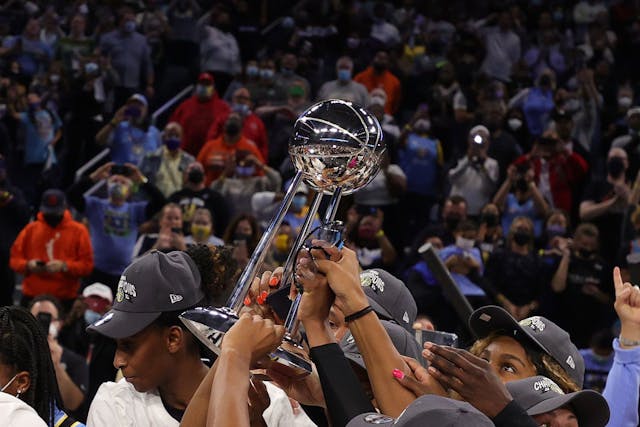 Game 4 recap: After Friday’s massive Game 3 win at home, the Chicago Sky entered yesterday’s Game 4 with a 2-1 series lead and a chance to clinch the title. The Phoenix Mercury jumped out to an early lead, but the Sky stormed back to win 80–74 in front of a(nother) soldout hometown crowd.

Of note: In an unprecedented move, the Mercury declined to attend the post-game press conference following yesterday’s loss. It’s an evolving situation with many journalists sharing complicated feelings about it. Keep an eye out for tomorrow’s episode of The GIST of It for more.

What’s next: The WNBA’s 25th anniversary season did not disappoint. The Mercury’s Diana Taurasi was named the GOAT, the league saw surging viewership, and with the first final since 2016 not featuring a No. 1 seed in the books, the competition has never been more balanced.