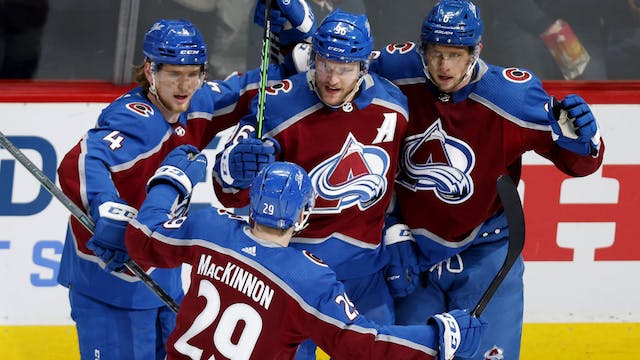 The GIST: And then there were four. It may be the halfway point of the NHL postseason, but there’s no slowing down for the remaining teams competing for the coveted Stanley Cup. Time to lace up.

Western Conference finals: The Colorado Avalanche came out firing last night, notching an 8–6 high-scoring barn burner of a victory over the Edmonton Oilers thanks to Andrew Cogliano sliding in the game winner. Baby, let the games begin.

Eastern Conference finals: Battling for the Eastern title are the Tampa Bay Lightning and NY Rangers. Tampa may be the back-to-back defending champs and boast the talent of goalie Andrei Vasilevskiy, but never trust the extended forecast — Rangers goalie Igor Shesterkin has also been dominant, and the Rangers did win all three regular season matchups.