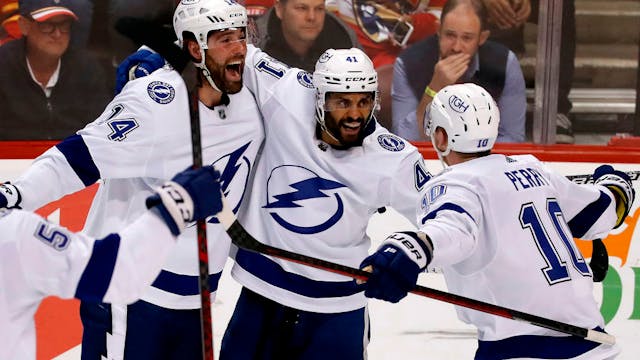 The GIST: The puck officially dropped on the second round of the NHL playoffs last night. From state and provincial rivals to familiar playoff battles, Round 2 is already proving to be something special.

Last night’s games: The Tampa Bay Lightning started their best-of-seven series strong with a 4–1 win over the regular-season’s best Florida Panthers. Nikita Kucherov was the biggest standout of the game for the Lightning as he struck once himself and notched an assist. The Florida foes will face off in a key Game 2 tomorrow at 7 p.m. ET.

Tonight’s Game 1’s: The NY Rangers take on the Carolina Hurricanes at 7 p.m. ET. This under-the-radar matchup could end up being a gritty one, as Carolina will likely still be without their number one goalie, Frederik Andersen, and NY will be facing controversial ex-Ranger Tony DeAngelo. The intrigue.