Golf: Another one bites the dust

February 25, 2022
The GIST: You might have noticed that six-time major champion Phil Mickelson’s been trending on Twitter. Yeah, let’s just say he’s not in the news for a good reason.
Sports NewsGolf 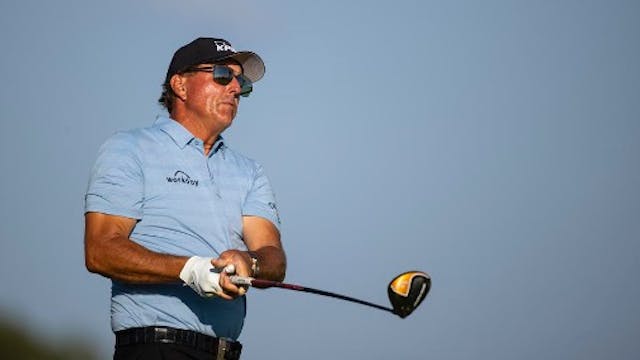 The GIST: You might have noticed that six-time major champion Phil Mickelson’s been trending on Twitter. Yeah, let’s just say he’s not in the news for a good reason.

The background: It’s all related to the Saudi Arabian–backed Super Golf League (SGL) — a still yet-to-be-launched league intended to rival the PGA Tour. Led by former Tour member Greg Norman, the SGL’s been trying to poach top talent from the PGA.

The latest: Last week, Mickelson came under fire for his comments on the Saudi-backed SGL. “We know they…have a horrible record on human rights,” he said. “They execute people over there for being gay. Knowing all of this, why would I even consider it? Because this is a once-in-a-lifetime opportunity to shape how the PGA Tour operates.” Umm, WTF?

The backlash: While Mickelson tried to walk back his head-scratching comments by claiming they were “off the record,” the “apology” didn’t stop long-time sponsor KPMG and others from ending their relationship with the PGA Tour vet.

What’s next: Mickelson could be suspended or even banned from the PGA Tour over his support for the SGL, an already controversial league that’s unlikely to survive this scandal. We’ll chalk this one under, “think before you speak.”