Race-norming in the NFL

HEY THERE! On June 2nd, the NFL announced they would halt the incredibly outdated, wildly disputed and extremely racist neuropsychological practice called “race-norming.” The thing is, most of us had no idea they were doing it in the first place. Today’s Sunday Scroll dives into what race-norming entails, why it’s practiced and what the NFL plans to do next. 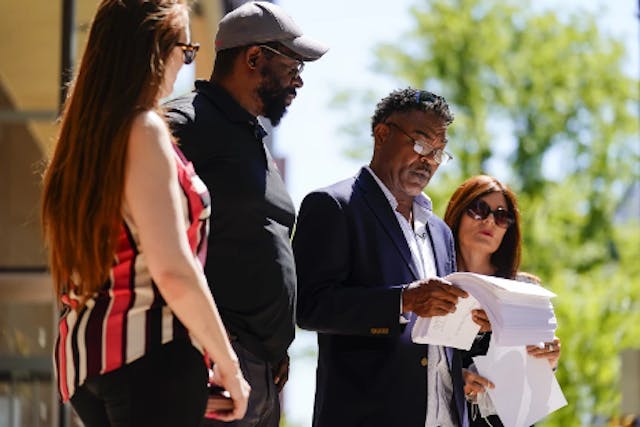 I’ll believe it when I see it.

— Former NFL running back Ken Jenkins, on the NFL's recent promise to stop race-norming. We’re with him.

Race-norming is a pervasive practice mainly used in the medical field. In essence, it assumes that the baseline cognitive function of a Black person is lesser than that of a white person.

The league initially claimed that race-norming was used at the discretion of clinicians making the diagnoses, but it has since been discovered that physicians felt pressured into using the practice.

So why are we talking about race-norming now? Because the NFL brought it up a couple of weeks ago and then swiftly brushed it aside with other football news. And while it’s been floating around the media a bit lately, it’s not being talked about nearly enough for our liking.

Thousands of former players sued the NFL in 2011, accusing the league of hiding what they knew about repeated head trauma and its effects, including dementia, post-concussion syndrome and a brain disease called chronic traumatic encephalopathy (CTE).

To determine who was awarded settlement money, the league assessed players’ dementia and brain injury claims to determine if their brain degeneration was directly caused by playing football in the NFL.

Unsurprisingly, many players were refused money from the settlement over the past decade, including retired Black players Kevin Henry, an eight-season defensive lineman for the Pittsburgh Steelers, and Najeh Davenport, an eight-season running back (RB) for the Steelers, the Green Bay Packers and the Indianapolis Colts.

The two men were so sure the NFL had denied their claims because of race-norming that they filed a civil rights lawsuit in 2020 with judge Anita B. Brody, who has overseen the settlement since 2011.

The mediation is ongoing, but in the meantime, former Washington RB Ken Jenkins started a petition to demand equal treatment for Black players in the NFL and, a few weeks ago, he delivered 50,000 signatures to Judge Brody.

You might want to sit down for this one. After everything that’s happened, last week, the NFL...wait for it...changed their tune and admitted to race-norming. Contrary to most of their actions for the past however many decades, the NFL released a statement indicating they “are committed to eliminating race-based norms in the program.”

➡️ The next steps

Once the new testing system is ready, the NFL will use it going forward and will also reopen claims they previously denied based on racial bias. It’s the least they can do, but it’s especially important with dementia claims.

In the nearly two weeks since making the announcement, the NFL hasn’t addressed the matter further and no dates or deadlines were included in the statement. The next steps, though proposed, remain vague and unclear.

We hope the new system will provide some vindication for players who’ve been denied compensation they’re rightfully entitled to. And more than that, all of the affected players and their families and caretakers deserve an official apology — at the very least — from the NFL.