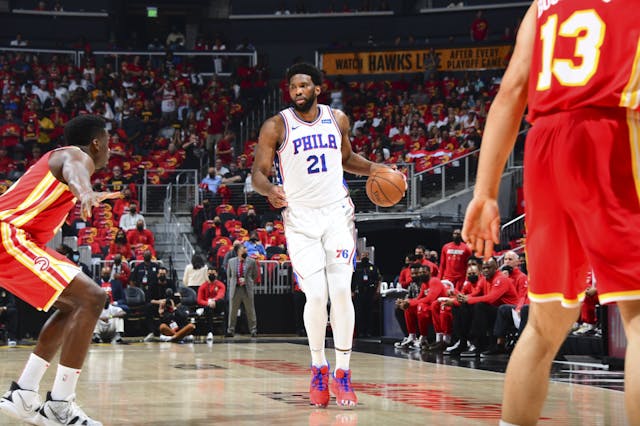 🏀Sixers: After a 127–111 win over the Atlanta Hawks on Friday, the Sixers head into tonight’s Game 4 with a 2-1 series lead. Joel Embiid’s grit was the difference-maker in Game 3, leading the team with 27 points and 8 assists while fighting through the pain from his knee injury. He wants that hardware.

⚾️Phillies: The Phillies swept the NY Yankees this weekend. Feels good, huh? Thanks to a walk-off single from shortstop Jean Segura, the Phils won 8–7 on Saturday. Then yesterday, Philly pitcher Aaron Nola dominated the Yanks, leading the Phillies to a 7–0 victory.